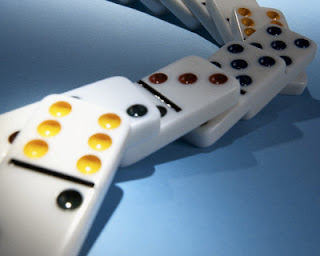 AARP recently featured a syndrome that I personally have experienced and feel that we all should be made aware of as we can and do take many medications for the treatment of rheumatoid arthritis.

The article states: The symptoms were sudden and severe: tightness in the chest, dizziness, nausea. "I thought I was having a heart attack," says Lynn Golden, a 59-year-old retired scientist living in Maryland. Rushed to the emergency room, she spent two days in the hospital having exhaustive tests that all proved negative. It was only later that she discovered the cause — unexpected side effects from a prescription drug she'd started taking three weeks earlier to manage a mild thyroid condition.


Golden's experience is a classic example of how medications can cause other conditions unrelated to the health problems they're prescribed to treat. Unaware of this, patients very often consult their doctors about this "new" condition — only to be prescribed yet another drug that could produce still more side effects.


This syndrome is known as a drug "cascade." It's not as well studied as more dramatic problems with prescription drugs — such as when apparently safe drugs turn out to be deadly — but it is of growing concern. Experts estimate that tens of millions of people are suffering every day — often without knowing why. "There are a lot of people taking drugs to treat the side effects of drugs," says Gordon Schiff, M.D., an internist on the faculty of Harvard Medical School and associate director of the Brigham Center for Patient Safety Research and Practice in Boston. "And sometimes that makes sense, and maybe the initial drug is essential. But when you're taking a drug to treat the side effect of a drug which is treating the side effect of another drug, it gets to be rather a house of cards." 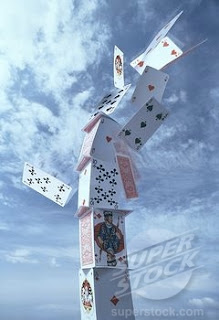 For the full article at AARP, go here…

Have you ever experienced this syndrome? Did your doctor ever mention this syndrome to you? What was done to resolve it?

Posted by Deb aka AbcsOfra at 1:46 AM

Hey Deb, I was taking Methotrexate and got Methotrexate Lung. Didn't even know it existed! I suddenly became really short of breath but didn't realize what was going on. It happened suddenly but over a period of time so it seemed like I had a chest cold or asthma or something. It got so bad that I couldn't walk up a flight of stairs without stopping to catch my breath. My doctor heard me rushing to get to the phone and heard me breathing so hard that she immediately sent me in for a respiratory test and took me off methotrexate. Once I was off the medication for a few weeks I was able to breath like normal. It was really scary. But it shows how the side effects of a drug can be life threatening. I didn't even know to look out for it. Thanks for this post!

Very important post! Too often we assume our symptoms are "just RA". Thanks for increasing awareness.

Yes, I have experience this, and it can be quite frightening. When side effects mimic symptoms and vice versa, it can all get muddled up pretty quick. I pay very close attention to new medications and have refused to take some. I know that when my husband has to speak on my behalf (usually in the ER when I cannot speak) he is extremely cautious of any new medications, quite often requesting alternatives or none at all. I fear this is a horrible reality, especially for the elderly.
Thanks for the reference to the article!

Adrienne...I am so glad that you found this out before it became a permanent injury for you. My motto is always better safe then sorry and believe we should always have things checked out and question if we must.


Jackie...Oh, how true! I think everyone with chronic illness tends to do this.

Theresa...When I was first diagnosed with ra I blindly followed whatever I was told by my doctor(s) until I had an unfortunate error occur. That was the blinding light of awareness for me. I now always ask and research before I make a decision but you bring up a very important point about seniors.

Scary stuff. I have not experienced this ... yet. My doctors have never mentioned this syndrome either, I would like to think that they are keeping an eye out for the meds that I'm on but hey, we know thats not the case. Thanks for posting this.

Great Post .... I have updated my URL for my blog... http://raforwardmotion.blogspot.com/ Can you update your site....xoxoxoxo

Tharr...may not be the case and yes, please do double check :-) I would hate to see you biking along and find out to the contrary.