How far have we come? 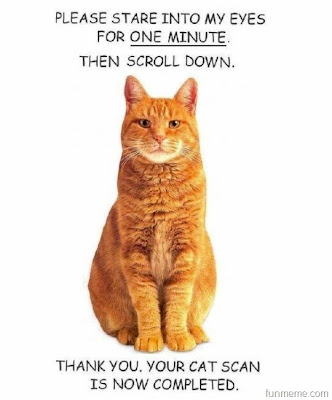 I have been wanting, needing to write this post for some time now but have put it off. I am not sure exactly why I have avoided writing this much needed post but I have.

I think a great deal of the reluctance to put down in words what I have witnessed recently in the medical field is due to the fact that I am just so disappointed that little has changed. In fact, I find it has only gotten worse since my maiden voyage with ra.

I am referring to a medical situation that arose with a close family member this year. I had truly hoped that the medical community had figured out a way to make the diagnostic process alot easier for patients but I am sadly mistaken.  The process has only gotten more mucked up, much more expensive, and unfortunately in this case with no answers after all is said and done.

Perhaps I am just to simplistic of an individual and perhaps I see things differently.  It just aggravates me to no end when I see our current system in operation.

The particular problem was weight loss. Weight loss to the point where it was obvious that something was wrong. Very wrong!

Now perhaps I am being very simplistic here but I would think (a duh moment here) that given that weight loss is the first symptom listed, that a doctor would ask the most obvious. But noooooo...why would they? That would be too simplistic!

So here is the list of doctors this person saw to try and figure out exactly what was causing the weight loss...

The eating specialist cleared this person. They in fact did not have an eating disorder. This clinic in fact stated that this person is one of the most psychologically sound individuals they have met. Oh brother!

Now if they weren't having heart palpitations, they sure as heck would by now!  And yet, that one KEY question still has not been asked by either treatment place.

Off to the next square in this game of medical evaluation we go. Off to the specialists.  Now, first, just let me tell you that there are over 40 reasons why a person can have excessive weight loss. Yes....40!  So to try and narrow this down can be rather daunting.

First we go to the gastro specialist.  And again, the most basic questions were not asked of this patient. And yes, the question was even offered to the attending doctors during each visit.  And still we were told that was not part of the equation (another duh moment here).

The gastro specialist not only has no clue what might be causing the weight loss, she begins to list a litany of tests that will require anaesthesia in addition to the possibility of even death during a procedure. Well, thank you doc for that reassurance! Just what was needed at this very, very stressful time already.

So in addition to a CT with dye (may have been an MRI but I can't recall) and a colonoscopy, this patient was forced to repeat labs that had just been done the day before. But nooooo....those labs won't do as each doctor must have their own. And yes, even if they are exactly the same blood labs.

The patient at this point is scared to death as this specialist has mentioned cancer, ruptured things, growing things and why not throw in hairy things as well! Oh brother!! Talk about a panic attack at this point.  And yes, we repeated what would be the most obvious cause to us and again asked that key question to this specialist. But once again we were told that it could not be the possible cause of this weight loss problem.

Home the patient goes. After fully over a week of seeing three different doctors and with still no answers in sight, the patient decides to wait this one out.  She opts to step back quietly, evaluate this situation and proceed from there.  She figures that is she hasn't dropped dead by now, she can wait a week or two more. The tests are cancelled.  The patient decides to lay down for awhile and rest.  At about that time, the patient begins to have chest pains.  Chest pains that are severe enough to cause concern and won't go away.

Off we go to the ER.  Do I dare take the chance that this patient might be having that mentioned heart attack (mentioned no less then 20 times to us)?  Heck no! This patient isn't going to die on my watch! I speed the car faster.  Screeching to a halt in front of the ER, leaving the keys in the ignition and the car running, I get an attendant to get a gurney and whisk the patient off for evaluation.

Again, the same blood labs are drawn that were drawn yesterday and the day before. Again I mention that these exact labs have been done twice this week. But nooooo....they must have their own labs done.  And again, we mention the weight loss and the fact that heart attack was mentioned as a possible side effect of the weight loss.  After gathering all the necessary tests including EKG, blood test, and chest xray, the er doctor says the patient is just fine.  It is most likely a pulled muscle from lifting something. Another AH Hah moment! Yes, she lifted heavy kitty litter just earlier while grocery shopping!  We go home.

And no, the er doctor did not ask that key question regarding weight loss....he was only evaluating the heart issue.  We asked him the question though! And he suggested the most obvious.

Now you must be asking what in the world was that one question?  Think about it. What would you be asking if you were a doctor and had someone with excessive weight loss.  Perhaps, just maybe....what do you eat every day and how many calories do your consume?  Wouldn't or shouldn't that be the first question? And then maybe, just maybe you might want to figure out how many calories this particular individual needs to maintain a certain weight level. This particular patient is 5 feet 10 inches tall.  And yes, my dear fellow readers, height does play a very integral role in RMR. Better known as resting metabolic rate.  But not one doctor would even consider this basic fact. They all said that consuming 1,600 calories was plenty for someone of her age, height, and activity level.

Well, yes you have it by now.  She wasn't eating enough calories to maintain her ideal weight. Yet, every single doctor negated this fact!  She wasn't avoiding food at all. And had any doctor asked her for a food diary they would have seen that in fact she was consuming a good amount of food but not enough calories.  She needs around 2,400 calories for her specific combination of height, weight, and activity level.

She had started a healthy eating plan over two years ago and was eating gluten, dairy, and soy free.  She felt this type of eating would improve her PCOS systems in addition to her tummy and skin problems she had been facing. And yes, the healthy diet plan actually did improve both the PCOS and skin issues.  But unfortunately when you eat lots of vegetables, boneless skinless chicken breast and avoid starches...well...you may not be getting the required amount of calories for a rather tall young lady.

It wasn't until both her and I went searching online that we discovered the RMR formula.  And given her height (which is above the normal range), one would have thought that the common sense approach would have been to request a food diary, calculate the needed calories for someone of her statue, and request that she ramp up her calorie intake for a period of a few weeks. Then if that didn't work, expose her to the litany of medical tests.

I am happy to report that she is now on her way to regaining weight.  But, this has only be accomplished through our common sense approach and review of all her medical records on our own.  And yes, even the medical records substantiate our conclusion. No doctor in the process apparently saw fit to lay out her medical history to review BP, labs etc. over a three year period. They only saw fit to view current results. Had they done this (as we did), they too would have realized that she has always had low BP and that the other two out of range labs are in fact normal for her and have been for many, many years.

Yes, something is very broken in our US medical system.  And I am sad to report that another victim has been run through the course of our absurd medical process here.  Another victim that now has thousands of dollars to pay off for absolutely nothing except additional stress and now a severe distrust of the very system that was suppose to help her.

More reading...
How Many Calories Should I Eat?
Calculating BMR and RMR